What are motion sickness symptoms?

Motion sickness symptoms or other names are travel sickness, seasickness, car sickness, air sickness. It is a term that describes an unpleasant combination of symptoms such as skin paleness, sweating, and dizziness, and it is quickly followed by nausea and vomiting. Motion sickness can occur when you’re traveling by car, train, airplane, or boat.

Who is suffering from this issue?

What are causes of the motion sickness?

Motion sickness is caused by the mixed signals sent to the brain by the eyes and the inner ear (semicircular canals). If you cannot see the motion your body’s feeling, or conversely, if you cannot feel the motion your eyes see, then it is likely that the brain will get mixed signals and the person will develop some aspect or symptom of motion sickness.

One of the other reasons is that low blood pressure problems may cause motion sickness symptoms, either. 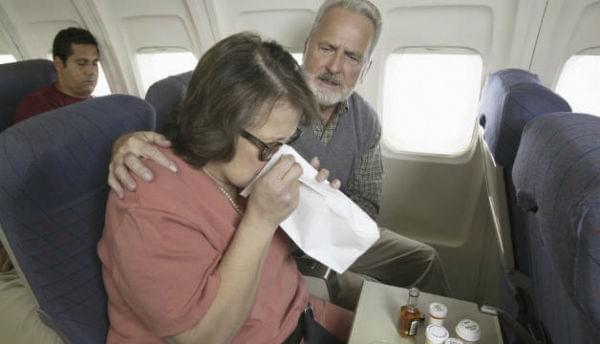 The signs of the Motion Sickness

The signs and symptoms of motion sickness usually begin with a feeling of uneasiness followed by cold sweats and dizziness. Some people may exhibit pale skin and increased saliva production along with a headache and fatigue. Nausea and vomiting usually occur after these initial symptoms.

How can we treat motion sickness symptoms?

Improvements for motion sickness conditions can consist of medical relief, simple changes in the environment (for example, sitting by the open window of a car), over-the-counter (OTC) medications and for some people, home remedies may be effective.
In most cases, we do not need to see the doctor unless the person starts to develop dehydration from persistent and intractable vomiting. In most people, once the motion has stopped, the symptoms slowly decrease and then disappear.

This site uses Akismet to reduce spam. Learn how your comment data is processed.